Ever since Nike signed Michael Jordan in 1985 basketball players all around the world dreamed of having their own basketball sneaker. Outside of winning an NBA Championship, having your own sneaker has to be one of the most desired goals for any player.  A signature sneaker is not only extremely lucrative but it also allows a player's legacy to live on even after the player retires.

Every player in the NBA other than Lonzo Ball is sponsored by a sneaker company. The main ones are Nike/Jordan/Adidas/Under Armour/Reebok/Peak/Anta. Most of the NBA players do not have their own signature sneaker. Usually, the players will wear a team shoe that is not named after a player. Basically, only top 10 players in the NBA have their own sneakers. If you are not putting up serious numbers statistically as well as making it deep in the NBA Playoffs, the chances of a sneaker company giving you a sneaker named after you is slim to none.

Generally speaking, Nike Basketball continues to have the strongest hold on the basketball sneaker market. Nike/Jordan Brand have signature sneaker athletes like Kevin Durant, Russel Westbrook, Lebron James, Kyrie Irving, and Paul George.  Last year, we saw the release of the PG1 which was Paul George's first sneaker. The sneaker had a low price point ($110 retail) and was low cut just like the Kyrie Irving Series.

Speaking of Kyrie Irving, we can expect to see some new colorways to match the green Boston Celtics Jersey's. Be on the lookout for a limited edition St. Patty's Kyrie (just a guess). Nike also had a huge summer after signing Giannis Antetokounmpo, one of the brightest young talents in the NBA. As of right now, the Greek Freak does not have his own sneaker yet but expect him to next season (2018-19).

After reviewing photos of all the first few months of the NBA season, here is a list of current signature sneakers the NBA elite will wear during the 2017-2018 season. Please keep in mind that some of the players have yet to wear their new signature sneakers. The list is organized by brand name. 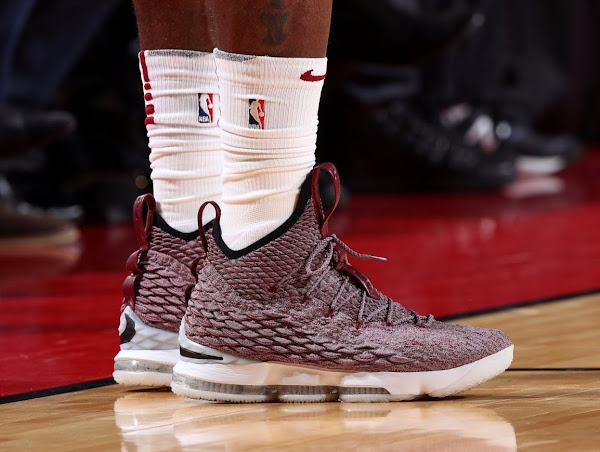